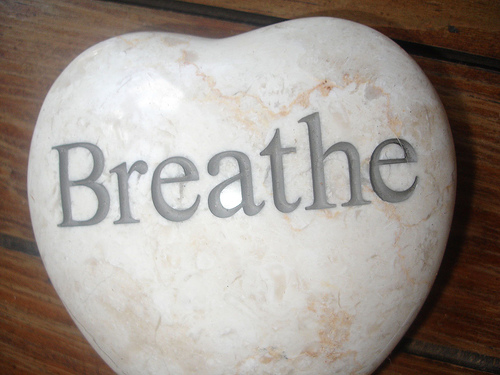 Continuing CHRISTINA THOMAS’S exploration of Conscious Connected Breathwork, from her book SECRETS – A Practical Guide To Undreamed -Of Possibilities.

Here she explains 3 different ways to breath in a Rebirthing session, guided by an experienced Breathing Coach.

2. FAST and SHALLOW : this is like speeding up the film through a movie projector ( faster speed ) and turning down the volume or intensity of the feeling ( shallow depth ). It is not necessary to be overwhelmed by an experience in order to fully experience and thus integrate it into your consciousness awareness. You may love your favourite music but you probably would not choose to have it playing so loud it would hurt your ears!

3. SLOW and FULL : This mode is utilized when you are experiencing something that you want to fully enjoy or absorb. It is sometimes used at the end of a breathing session if you get into a very joyful, loving space and want to feel every last bit of the feeling.

SO WHY DO THIS?

Jim Morningstar creator of The School Of Spiritual Psychology writes :

” The Rebirthing process involves learning to breathe in such a way as to release physical tension in the body, clearing the mind of negative thoughts and limiting conclusions reached about past experience, and accepting the spiritual joy and light that result when illusions about ourselves are cleared away. Rebirthing is one of the most powerful tools for breath mastery of which I am aware. Rebirthing is the science and art of increasing the safety you feel in being alive in your body. This safety leads to a sense of inner peace, abundance, pleasure and intimacy. Only by increasing this sense of inner safety can we truly relate to others without fear and defensiveness. This is the key to changing the course of survival on our planet”.

From her book SECRETS – Christina Thomas describes THE CONNECTED BREATH

“Now I will describe the actual rebirthing or connected breath. Let us use mouth breathing as an example. Open the mouth rather wide and draw in with intention and willpower on the inhalation : then immediately EXHALE, just allowing the breath to fall away. You will not “follow the breath out” or blow out or control the exhalation or try to make it the same duration as the inhalation. Just let go and allow it to fall away as if you were dropping a ball off a cliff. This is a vital point. Many people will attempt to control the outbreath in some way, as they probably attempt to control your own lives. If the exhale is controlled IN ANY WAY, it is not a rebirthing breath.

Next point : No pauses before or after you inhale or exhale. This is another way some people unconsciously attempt to control the process. Initially, you may have many random thoughts and all are OK. You may feel that you are taking too much time, that you don’t how to do it right, that this isn’t going to work, that you are hungry, thirsty, wish this was over, feel really weird, wonder if you’ve gone crazy, feel like your throat is too dry etc. And none of those thoughts matter at all because this process happens outside of the mind. Sometimes the mind is involved, but it is not required to cooperate in the rebirthing process, which is why the breath is more powerful”.

Re-reading this from way back when I read it first in 1989, highlights what happens to us when we stop and feel. Codependents are DOING people not BEING people. This is why the affirmation ” I do enough, I am enough, my presence is enough ” saved my arse more than once. In order to recover from any addictive compulsive behaviour like chronic helping, one needs to stand back with the Highway code. STOP, look, LISTEN and Speed-bump your life. Think it, but don’t act it out.

So it’s little wonder that once left to ourselves and the breath we try to fill that ” God slot gap ” with hunger pains, negativity and restlessness. If only we could give that level of care and attention we give to others, to ourselves freely, the divine gap of the breath will EXPAND into peace, bliss and eternal safety. You can with Breathwork Coaching- it’s simply spiritual hoovering of body and soul.

There is some debate as to whether Greta Garbo actually said ‘I want to be alone’ in the MGM film GRAND HOTEL. She is famously quoted as saying : I never said, ” I want to be alone”. I only said ” I want to be left alone . There is all difference”. Pedantic or not, Garbo knew that the devil was in the detail. Being alone, being lonely and being isolated are all different strands of the seemingly same string. Tried and tested recovery material states that an addict alone is bad company. I guess that is because the ego as companion can weave many tales from the committee in the head, while convincing you of the value of self-sufficiency.

Corinne Sweet in her book OVERCOMING ADDICTION writes an excellent piece on this.

” Isolation is the root of all addiction. We can feel that nobody understands us, nobody really cares and that we have to fight our corner on our own. Isolation means retreating into ourselves, not believing that anyone is out there for us, and that everyone else had it easy. When you give up your addictions, for good, you necessarily have to give up isolation. This means looking around yourself and asking for help. This can be terrifying, especially if you have always done everything for yourself and don’t believe other people are there for you. You may feel that other people could not cope with your needs ( or deny them altogether ) because you don’t want to risk being disappointed. You will only stay free for good if you decide to give up your isolation – no matter how desirable it seems to hang on to it – if you ask for, seek out, even demand, continuing positive support. “

For those who can afford to be alone without self harming, eating slabs of chocolate in one go or risking boredom might suggest that recovering obsessives & compulsives aren’t safe to be left alone, when in fact the recovery process teaches the difference between being alone, feeling lonely or teenage bedroom isolation. If only the rest of society has access to such learned material we would all benefit. In a relationship men are often accused of ” being moody ” when half the time they want to be left alone, need space to be alone and can’t express it so they just clam up. The most healthy relationships have a holiday period built in so each partner can holiday alone, be it a week or a weekend. To most people that’s not ” being in a relationship “. What’s the point of giving your ALL to someone and they want to lie on a beach ALONE. It’s not what they signed up for. 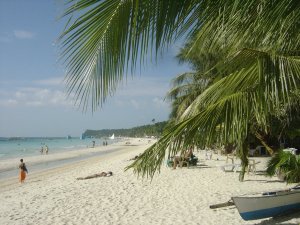 Well the point of this interdependent arrangement is that we do need space alone to re-find ourselves, to create courage sometimes to tell our truth to ourselves first, and then the partner. Every relationship needs air in it, but many are in a unsteady relationship because of fear of being alone, which is another kettle of fish – a kettle called codependency. This misguided vision of romantic love works well until they leave you, then you have to play the hunting game all over again to feel whole. So the prospect of traveling alone, living alone or working alone is as fearful as a gambler missing the bet..

So the thread of today’s blog is to recall the last time you went somewhere on your own.

It took me ages to go to the cinema or theatre alone. It’s essential to get rid of the johnny no mates concept, people are so absorbed in their own self obsession that they aren’t interested in who is sitting in row D. Trust me. Learning to be with yourself alone, to give yourself attention, to use the space for solitude or meditation of any kind will serve you well in future. Taking a train ride to the nearest stretch of water, kicking stones on a beach or witnessing ducks play is all part of your further education.

Now if you will excuse me, I vont to be alone.