Away from the hustle of the Souks, Marrakech has plenty of spaces for contemplation. One such place is the venue for our 5 day Retreat over a 7 day period @ Les Borjs de la Kasbah, a 4* Hotel with a heated relaxing pool within the Kasbah Medina, where we will have HAMMAN to body detox, timed spaces for silence, written work and enlivening EVOLUTIONARY CONSCIOUS CONNECTED BREATHWORK every day. BOOK for January 2016.

Participants will have use of the Swimming Pool and a fully operating Health Spa on the premises for energising massages with organic Moroccan oils. Some days we leave the Hotel for outside work in the countryside and the Jardin Majorelle. 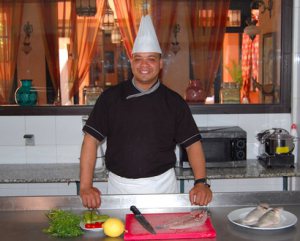 Food is an important part of our retreat, freshly cooked by the chefs each day with locally sourced produce, and served by staff who have a reputation on Trip Advisor as being 5*.

We decided to have a retreat here instead of a monastic feel, as nurturing yourself is best spiritual practice to the higher self, and maintenance for healthier living. Coupled with experienced support it gives a chance for participants to gain focus, intention and direction for the coming year. On top of this we sleep in amazing rooms. In fact its rather ABSOLUTELY FABULOUS!

“Well I can report back that it was one of the most joyous weeks of my life and perfectly placed for the beginning of the year. In fact I would say that a lot of creative planning for the months to come happened without even trying during those days…Onwards with abundance xx ( CH London England )

“What can I say about my time away except that it was deeply needed and I feel profoundly honoured to have been in the company of so many loving souls. It’s been hard to get back to normality especially as I have to say goodbye to one of my oldest friends next week, who passed over, but I now have both the courage and power to do him justice as I say my farewell whilst being strong enough for my God daughter too, and I thank David and Meleeska for love, guidance and respect that they showed me over the last week, for without these things mixed in with the healing power of laughter, I wouldn’t be able to do it!! All my love to you both, always!! XO ( M. Somerset England )

“The retreat in Marrakech was stunning, beautiful beautiful people, amazing location, huge amounts of love and even more compassion, but throw in huge gales of laughter, it was beyond superlatives. All I can say it was the first break I had taken for ten years, and boy it was worth waiting for, the people were and are amazing, the breath work powerful and simply life changing, and the laughs we had still rings in my ears , roll on 2015, best decision I ever made … Thanks David and Mell big love xx ( JD Somerset England )

It was so SUCCESSFUL last January that we have BOOKED the HOTEL for next year, same time. Early bookers get SINGLE ROOMS @ http://www.lesborjsdelakasbah.com