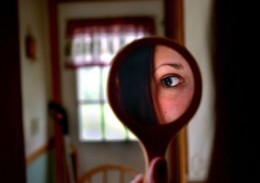 Workshops are full of people who think they are experts, they think they know what’s best for us when they often hardly know what’s best for themselves. Such is life, and we eventually forgive those steeped in codependent armour, as well as ourselves for not speaking up while spoken too. I think that the only expert that works longterm is our OWN experience, and since we are often dismissive of ourselves, we dismiss the value of our input. When we witness honesty and emotion from deep sharing of others it can provoke vibrative memory of buried treasure, and help us to dig further within our psyche in order to achieve forgiveness. This is the real energy behind workshops and seminar probing.

Robin Norwood who wrote Women Who Love Too Much, set herself up as expert and ten years after forgave herself by writing WHY ME, WHY THIS, WHY NOW – A Guide to Answering Life’s Toughest Questions, when her life car crashed. She experienced true humility by going public and sharing this experience of falling off ivory towers. Within my 20 year journey of leading workshops I have heard amazing truths revealed, including incest, which plugs in the whole training.

She writes the following about an abuser. 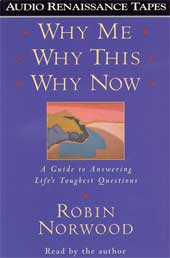 ” To truly forgive requires that we truly understand. We must be able to look clearly at the whole picture, recoil from none of it, deny none of it, accept it all. In a way this means that we must become EXPERTS regarding which that we must forgive, seeing all sides, not just our own.

An example : I was in a workshop on the treatment of incest many years ago when, halfway through the morning, one of the participants identified himself as an aggressor who had sexually abused his daughter. For a long moment there was a stunned silence. Then he went on to describe his incarceration, the therapy he and his family had received, and his recovery of many years duration.

He now counseled male offenders incarcerated for the same offences he had committed. With his wife and daughter, he participated in group discussions for the families of these men. His honesty created an environment that allowed other workshop participants to talk about their own experiences with sexual abuse.

Because he modeled courage and dignity and humility as well as honesty, he made it easier for some of the therapists in the room who were also incest victims to gain more understanding of the person who had violated them. We stopped interacting as professionals and became EXPERTS instead, drawing on our EXPERIENCE as we struggled to understand this human problem. Such understanding, when achieved, leads eventually to forgiveness – and forgiveness is the final step in our healing.

Through forgiveness we are forgiven. “

In sharing our deepest shames we dissolve the pain of holding on. I have attracted many women and men over two decades who are adult survivors of child abuse and used Rebirthing Breathwork to gently bring them back to feelings without overwhelm, recovery without self loathing, hope without silence. In 1992 my brother went to prison for pleading guilty to abusing his step daughter for 5 years. I had to forgive him, but closed the door on future contact as he was not ready to take responsibility for his actions. I left a contact number but no call has been dialed. Not my stuff.

I sometimes wonder where he is, whether his alcoholism rebirthed his life or whether amends have been made. Sometimes we don’t need to know.

Codependency can be about not knowing where you end – and others begin – physically, emotionally, intellectually or spiritually within the family. There are no healthy boundaries.

Maybe you don’t know what you really stand for except your job.  Go to a party or social gathering and people will ask you who you are, what do you say? Are you someones partner, a middle-class professional career, a fraud, a celebrity, a nobody, a carer, a rescuer, a FAKE?

When does your work identity end and the real you emerge?

John Bradshaw writes extensively about Adult Children of Dysfunctional Families and is the name to look for on Amazon. Here is a list of dysfunctional traits that stand to be corrected.

Then you will see why people in therapy say it’s the best investment they have made and why people brought up in a home of emotional supression, family secrets, rows and confrontation refuse to blow the lid off. But then if you don’t, something else will in later life, the memory will return to double you up in pain to stumble.

EQUIFINALITY ?  – No matter where you begin, you end up in the same place.

Functional they may be but mobile phones are the current tool to practice lack of boundaries. In a dysfunctional family respect is vague, faded and obscured. In a train carriage or a restaurant table boundaries are broken left right and centre, becoming a curse of modern life that we bare because we think we can’t live without them. We put up with it in much the same way we put up with family dysfunction. We become exhausted with asking, people not listening, not respecting etc that we numb out ( see list above ). When a child is abused in the home the body remembers.

Every time you feel shock, you hold your breath. Next time you have sex check whether your breath is held. Every family memory you carry into adulthood including verbal abuse, put downs . . reside within, gasping for air.

These are just a few examples of lack of boundaries. Today’s task is to consider your own.
To help you do this flick through these links until you find something that resonates.
Then use it as a starting board to write down where dysfunctional boundaries have occurred in your life, they may be your own, your co-workers friends or family. Once you realize where a boundary has been crossed, take steps to correct this. Therapy is an advantage in learning to do this but often a simple explanation to someone, eyeball to eyeball, with a balanced tone to the voice can correct an action seldom to repeat.
http://www.guidetopsychology.com/boundaries.htm
http://www.bellaonline.com/articles/art27535.asp
http://www.mnwelldir.org/docs/mental_health/codependency.htm
http://adultchildrenaca.blogspot.com/2008/06/attributes-of-codependency.html