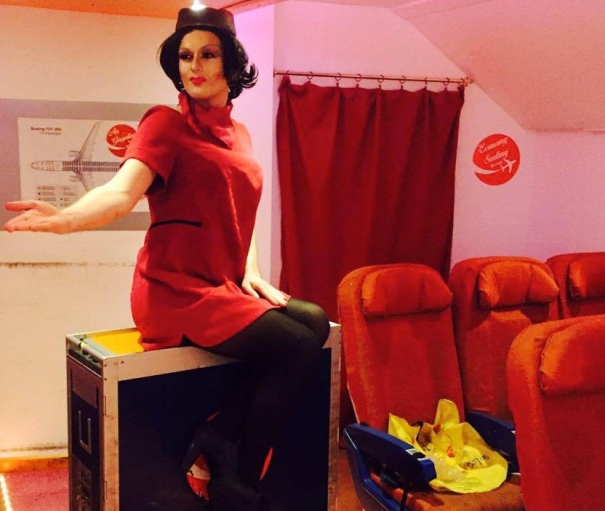 Ask any freelancer and they will tell you that one of the greatest struggles is not knowing where or when the next job will turn up. Working in theatre and performance, I am often faced with periods of extreme productivity followed by periods of very little work. It’s pretty terrifying sometimes and can lead to bouts of depression and feelings of not being good enough or strong enough blah blah blah! It was a period such as this that I found myself in at the end of March this year and I genuinely had no idea what I was going to do.

To provide some context, the beginning of the year had been busy for me. January had brought with it a lot of performance gigs; February had seen me direct two shows, as well as mounting my own production, Prevail, with my theatre company, Plain Paper Productions; and in March I turned 24 and seemed to spend a large chunk of the month celebrating (and drinking…lots of drinking!). So that by the time the end of March rolled around, I barely realised that I hadn’t got any work lined up and my bank balance had been worryingly depleted thanks to all the aforementioned “celebrating”. I didn’t know what to do – all I knew was that I needed to work.

I’ve done breathwork for nearly three years now and have worked closely with David Parker and the rest of the UrbanLIFECLASS team. Through working with them I have learnt to “trust in the universe” – a phrase that sounds very spiritual but is really just common sense. I’ve learnt over time that worrying about the future too much isn’t conducive to anything and can stop you from focusing on the here and now.

Yes, it’s important to have an eye on what’s coming up but the things I’ve found most useful for my life as a freelancer (and as a human being more generally) is maintaining clarity and focus in my career and life. If I work to maintain those two things then it doesn’t matter what happens in the future because I know, whatever I do, that I’m moving in the right direction.

So what did happen? Well ask David, and he’ll tell you that I fretted for a bit and offloaded some concerns to him about not having enough money to last me through the year and feelings of not having the tenacity or the talent to drum up more work but then I calmed down and I stopped worrying. I am enough, I do enough, and I’m worthy of the work that is given to me. I have clarity on what I want to do with my life and I am focused enough to go out and get it. Therefore, every action that I take is a positive step in the right direction and I have to trust that the universe will deliver in some shape, size, or form…and it did! 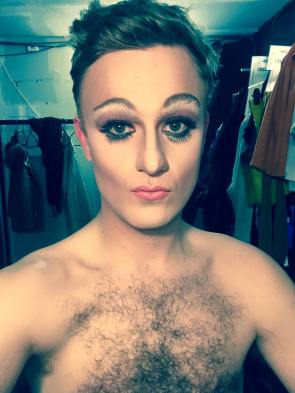 In the space of one afternoon I went from having nothing lined up to having two jobs – one for the day and one for the night.

My day job as a schools outreach officer for The Shakespeare Schools Festival would improve my administration skills and my work with young people and my night job as a drag queen performer for the show The Gingerline: Chambers of Flavour would allow me to express myself creatively and develop and hone my performance skills.

The universe had delivered – and twice over at that!

UrbanLIFECLASS was set up to help people living busy, urban lives cope with the stresses and problems of every day life. The training it offers gives you a tool kit for dealing with issues like mine and for learning strategies for keeping on keeping on.

Without the breathwork training and support from David, Mel, and the other ULC team members, I may well have allowed myself to get bogged down in worry about the future and not opened myself up to the possibility that good things come to those that wait.

The end of the story is that I’ve just spent a happy two months working two fantastic jobs, developing my practise and skills, and making some wonderful new friends and connections. Now the two jobs have both come to an end and I’m, once again, looking at a period of quiet. However, this time I am CHOOSING to keep it quiet because I intend to relax and enjoy my summer but I trust that, when the time is right, the universe will deliver again. 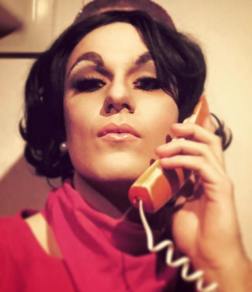 Robert Beck is a freelance director and queer performer living and working in London. His recent show ‘Prevail’ was part of Camden LGBT Forum’s History Month programme and is produced by his company Plain Paper Productions. As well as this, he is a drag performer and has appeared at The Royal Vauxhall Tavern, The Bethnal Green Working Man’s Club, and various pubs and bars around London.

He is also the UrbanLIFECLASS PA and admin guy and has worked with David Parker for the last three years developing workshops and administrating the annual trip to Marrakech, Morocco. Follow him on Twitter @robertjamesbeck